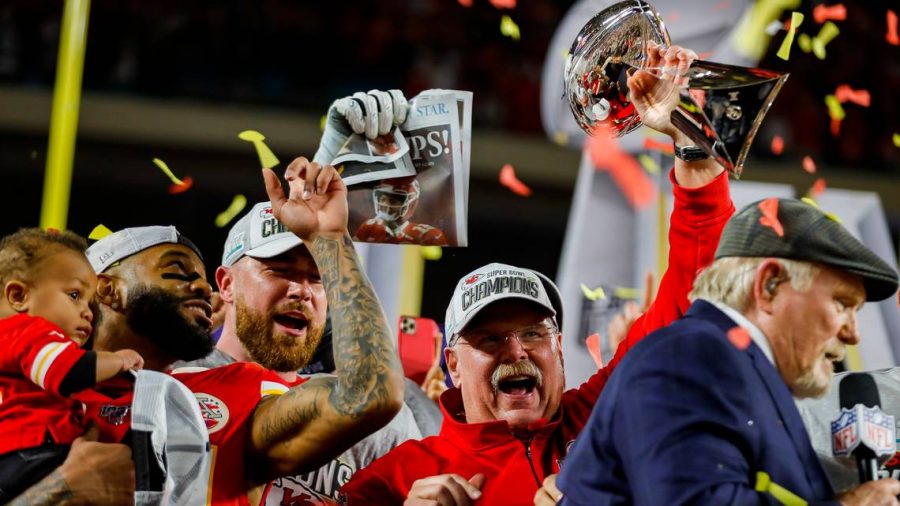 The 49ers went 15-3 coming into this year’s Super Bowl game and the Chiefs went 14-4, but neither record matters now it’s all about who can win the big game. The 49ers were being led by Quarterback Jimmy Garoppolo, which is his first Super Bowl.  Garoppolo will be playing against, the “electrifying” Patrick Mahomes in his first appearance in the Super Bowl as well. Both teams have a great offense but it will most likely come down to the defense of both contenders. The 49ers probably are the favorite for their defense because they have one of the most premier defensive lines in the NFL and they have veteran cornerback Richard Sherman leading the young defense of the 49ers.

Sherman apart of the “Legion of Boom” before he came to the 49ers where he won a Super Bowl with the  Seattle Seahawks.  Sherman is more of a captain now as he has to make sure he makes the right audibles to keep his team a chance to win the Lombardi  Trophy. The only downfall for the Chiefs is their defense; although they are lead by veteran pass-rusher Frank Clark and veteran Safety Tyrann Mathieu. Even though their defense allowed the Texans to get a 24-0 lead Mahomes and the offense gave them life and managed to come back from a huge deficit to win the game. If the Chiefs defense fails to execute in the Super Bowl it won’t look too promising for them to win the Super Bowl, and if Jimmy Garoppolo gets a big lead and keeps pouring it on it won’t be good for the Chiefs. The 49ers are hunting for their sixth Super Bowl Trophy which would tie the Steelers and Patriots.   The Chiefs are seeking a second Super Bowl Title. Both teams have exceptional young talent as well as some outstanding veteran players.

On  February 2, 2020, the Super Bowl was won by the Kansas City Chiefs. The Kansas City Chiefs and Head Coach Andy Reid have finally won the Super Bowl after a fifty-year drought! This monumental victory is certain to cement Andy Reid’s Legacy as a Head Coach as he earned the 222nd win of his career. The Final Score was 31-20 Chiefs.  Andy Reid has finally achieved the ultimate goal coaching in the National Football League.