Eye of the Hurricane • January 7, 2022 • https://eyeofthehurricane.news/16527/sports/what-to-expect-this-years-college-football-playoff-national-championship/

What to Expect: This Year’s College Football Playoff National Championship 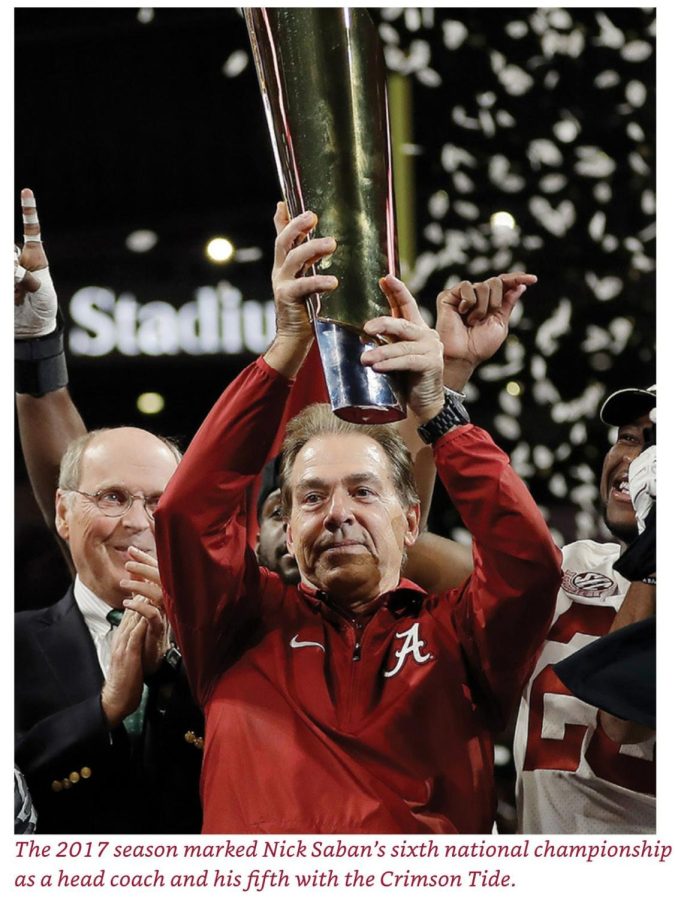 Alabama vs. Georgia.  1 vs. 3.  SEC division champs.  A rematch of a national championship that featured a walk-off touchdown.  Let’s take a look at some key points.

One thing to take note of is Alabama’s injuries.  Bama is without corner Josh Jobe, and WR John Metchie, both key contributors.  Cool-Aid McKinstry seems to have taken over for Jobe, while Jameson Williams has taken over Metchie’s role, and we have gotten a lot more action from WR Slay Bolden.  Georgia is definitely the healthier team.  Georgia’s QB controversy has seemed to have been solved.  Stenson Bennett will presumably get the start over J.T. Daniels.  Bennett has been a solid QB for the Dogs this year.  These teams are so even, let’s take a look at how they match up.

Alabama has the QB advantage.  Heisman winner Bryce Young has already torn Georgia’s defense apart.  He makes a ton of plays, while you will see Bennett utilize the pocket a lot.  Bama has the RB advantage, but Georgia has more depth.  WR advantage goes to Georgia with Alabama being down.  Georgia probably takes the o-line matchup as well.  Georgia seems to win in the trenches on the defensive line, and linebacker.  Corner and secondary also seem to go to Georgia.  Georgia has the nation’s best-scoring defense led by a lot of great players.

Alabama has many defensively.  Three guys play a huge role in this game. Corner Kool-Aid McKinstry, who is filling in for Josh Jobe, will be a corner matchup to watch.  Watch for Georgia to put WR Georgia Pickens on his side and attack him.  Alabama safety Brian Branch has been a huge playmaker as of late.  I personally think he will get the assignment on guarding Georgia’s star freshmen tight end Brock Bowers.  Watch for Branch to get in on the pass rush as well.  Offensively, watch for physical running back Brian Robinson.  He is coming off a big game against Cincinnati.  But not necessarily on the ground, watch him make a huge impact on the passing game.  For Georgia, watch for linebacker Nakobe Dean.  He is one of the best linebackers in the country and will play a big role in this game.  Massive defensive tackle Jordan Davis could have a huge impact.  Davis eats up a ton of space, crucial for stopping Alabama’s running game.  On offense, look for two specific players.  Look for Georgia to get the ball to tight end, Brock Boyers, early and often.  Boyers has played a huge role the past few games.  Also, look for running back James Cook, brother of Dalvin Cook.  Cook got a lot of touches last game, although Zahmir White is still the starter.

There are so many to pick from here.  The one that stands out to me is going to be Stenson Bennett vs Bryce Young.  Bryce made many plays last game vs. Georgia, while Bennett didn’t.  I will also say that offensive and defensive line play is crucial here.  Make each team beat you through the air.

Georgia comes into this game a 3- point favorite.  Georgia has the better team, but Alabama has more playmakers.  Guys like Bryce Young, and Will Anderson will shine in this game.  Plus, Alabama has a huge advantage.  Nick Saban is one of the greatest coaches of all time.  Never bet against him.  I’m rolling with the Tide 27-23.

Let us know what you think Canes! Who will win this big college championship trophy? The game will be played Monday, January 10th at 8 pm EST on the ESPN network.